skip to main | skip to sidebar

Rapstertee asked for a skecth based on the words alien, monster,skull, evil, ears, teeth, smile. 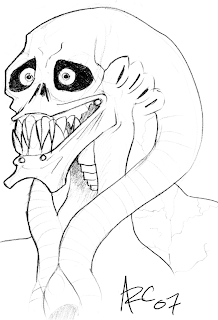 I spent a month in Thailand in January, working at a studio called Imagimax. Here's one of my sketches of a Garuda: 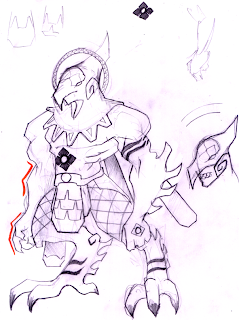 Lastly: Spider-man. I was originally trying to come up with a pose for my own character, but after about two minutes it became obvious that it was going to be Spidey. 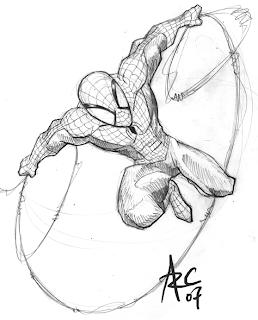 Spider-man is copyright Marvel Comics and all that.

hey dude! How was working in Thailand? Was that part of your course?

Cool sketches mate. Didnt you post the top one here before?

Hey man - yeh the issue is currently quite confusing. The Awn article did seem quite alarmist but Mark Simon wrote a follow up article explaining more in detail. I recommend reading it. I linked it in my last post

Also, check this link, it should make things more clear

Oh and I like your sketch a day blog! Its lookin sweeet